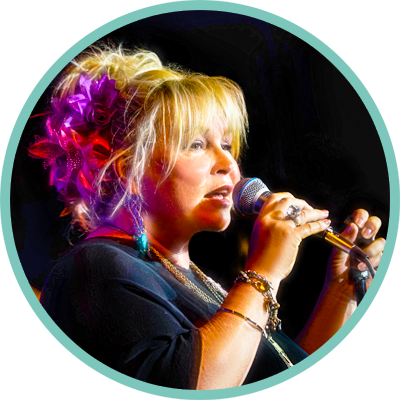 Elaine Lakeman is an emerging recording artist and singer/songwriter based in Victoria, BC, Canada.   Elaine’s latest original album entitled Elena was released in October 2019.  Several of the songs on the album were recorded by career musicians in studios in the Dominican Republic as well as in Victoria and Salt Spring Island in BC.   This Atlantic to Pacific approach has served to capture a delightful confluence of cultures between North America and the Caribbean.  These Latin inspired songs speak of romance and dance and love and life and are infused with strong Latin rhythms, memorable melodies, and enchanting lyrics.

The essence of this part of the project was also captured in a single released in a music video produced on the beaches of the DR called Paqueno, Pequito, Pococo, about a woman who thinks she speaks impeccable Spanish when under the influence of copious amounts of rum.  This tongue in cheek video has turned into something of a hit in the Dominican and continues to reap attention in a number of regions.  The remaining 8 tracks on the Elena album are richly produced classic-sounding songs that tell captivating stories, stories of loss, stories of growing up and stories of existential struggle yet without losing a sense of wonder and hope.  Each of these songs was released with an accompanying short story that provides a broader subtext and deeper engagement for her fans.   These same stories are woven into her live shows.

Elaine’s first album of classic standards, When It Rains, was released in 2017 and continues to receive attention internationally.   This album of carefully chosen vintage standards established Elaine Lakeman as a compelling new songstress.  She has continued to evolve and make her mark with a warmth and charm that is ever-present in her performances and interpretations.  Her ability to connect at an emotional level with each song she sings and translate that connection to an audience is the true hallmark of an authentic song artist.    Elaine’s delicious voice evokes passion and warmth and a storytelling quality that only a life lived can express.

Elaine continues to build her following in the Vancouver Island region by performing in and returning to well-known venues with her group of some of the finest musicians on the West Coast.   She is currently developing a show in support of both her albums that will launch at the Winspear Theatre in Sidney in March of 2020 and from there will be taken on a Western Canadian tour in the summer.

Elaine’s artwork has been used on the cover of the “Elena” album as well as six of her latest single cover releases.  In a past life she was a film actress and dancer and toured Europe and the Middle East.  Currently, Elaine spends her days writing and rehearsing and performing and watching sunsets.